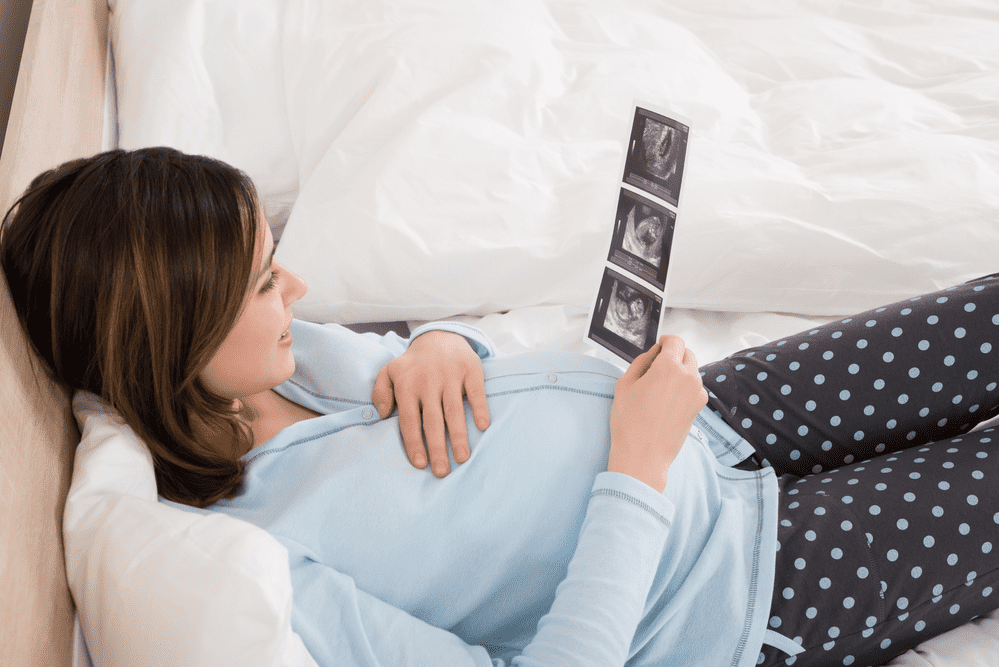 When expecting a baby, one of the best moments for parents is the first prenatal ultrasound. To hear and see the baby’s heartbeat for the first time is an overwhelming and a life-altering experience. Ultrasound technicians use a 3D ultrasound to peek inside the baby’s womb. The majority of women will have an ultrasound at least once during pregnancy.

However, most of us are familiar with the traditional 2D ultrasounds which are used for determining health, sex, and gestational age of the fetus. However, with 3D ultrasound, more information is relayed. Ultrasounds are applied in cardiology, surgical guidance, regional anesthesia, vascular imaging, and obstetrics. This article provides information about what a 3D ultrasound is, where it can be applied, and how it works. What Is a 3D Ultrasound?

A 3D ultrasound is a technique that ultrasound technicians mostly use in intra-vascular, trans-rectal, cardiac, and fetal applications. It specifically refers to the ultrasound volume rendering and is often referred to as 4D when a sequence of ultrasounds are obtained. A 4D ultrasound comprises the 3 xyz spatial dimensions along with the time dimension. This implies that it incorporates 4 rendering parameters – xyz and t.

Technicians get the data in 4 ways. First, is the freehand method. This method entails sloping the probe and taking a sequence of ultrasound images while recording the orientation of the transducer for the slides. Second, is the mechanical way. In this method, technicians handle the internal linear probe tilt by a motor within the probe. Third, technicians can use an endo probe. The sound is generated through the insertion of the probe and eliminating the transducer. Fourth, experts use the matrix array transducer that uses beam steering to sample the various points in the entire pyramid shaped volume.

What Are They Used For?

This article mainly concentrates on the use of 3D ultrasounds in determining the progress of growing babies in the womb. Note that the 3D/4D ultrasounds are non-compulsory and are not customary prenatal tests, but doctors usually provide them to those who need them. With 3D ultrasounds, doctors can detect fetus movements in a flash of a second and take necessary steps. Ultrasounds can also be used in examining whether the fetus has issues and abnormalities in the womb.

Ultrasound technicians use them in determining whether there’s an accumulation of fluid in the womb or abnormal spine curvature. Besides, the 3D ultrasound surfaces the fetus’s heartbeat, which allows doctors to outline the growth progress of the baby.

The traditional 2D ultrasound did not facilitate the location of tissues and organs in an oblique plane. With 3D ultrasounds, it is possible. This is handy during surgery as surgeons can get a real-time picture of the tissues and organs. They can visualize the complete scan efficiently. The technique provides much needed surgical guidance for treating cancer and transplants. Surgeons can also treat various kinds of tumors, as every tissue can be inspected to study any defects along with their causes.

Application of ultrasound in cardiology helps in cardiac treatments. Ultrasounds allow surgeons to monitor the progress in scanning and treating heart tissue. A 3D echocardiography is a technique where ultrasounds are used for visualizing the cardiac state of a person. This allows cardiologists to track blood flow and the speed of contractions during the cardiac cycles. Therefore, it becomes easier to detect arterial and heart defects.

Surgeons aren’t able to easily track artery movements and blood vessels, as their distribution impede accurate capture. Providing a real-time picture becomes difficult. Diagnosis is used in every kind of treatment and with an ultrasound, doctors can track the dynamic movement of arteries, veins, and blood cells. Measuring the diameter of arteries can be done by using a magnetic tracker that’s been integrated into the 3D ultrasound, which helps in accurate positioning. This tracking is important to know the position of vessels during operations.

Doctors can use 3D ultrasounds in providing real-time images in peripheral nerve blockage procedures to identify relevant anatomy. Doctors can also monitor how local anesthesia spreads around a nerve. The nerve blockades usually prevent pain signal transmission from the place of injury to the brain with no sedation.

In effect, these procedures are vital in outpatient orthopedic procedures. The real-time 3D ultrasound allows vessels, muscles, and nerves to be identified while a catheter/needle is inserted. The practitioner can see the needle irrespective of the image plane. The image can also be rotated and cropped in real-time, which helps in revealing anatomical structures within the tissues.

How Do They Work? It’s just the traditional 2D ultrasound read in multiple angles. The 3D images are produced in a process that uses algorithms known as surface rendering. When using the 4D technology, the images produced are still but produced in quick succession. The images overlay, which creates a moving picture in real time. The 4D ultrasound is captured just like in 3D ultrasound.

However, the rendering occurs multiple times per second. This implies that instead of viewing a still image, a video of the infant in the womb is obtained. The fourth dimension in this case is time. Note that 3D/4D ultrasounds do not use more power levels that the traditional 2D scan.

Just as any other new technology there will be questions about safety, exposure, and medical concerns. Studies conducted in the last three decades reveal that ultrasounds cause no harm to babies or mothers.

The risk of using ultrasounds is typically low. The ultrasound equipment used to get the amazing 3D/4D rendered images are like those used in hospitals and by physicians everywhere. Manufacturers fabricate them considering the standards set by the Federal Drug Administration (FDA). The FDA is a body that deals with standardization levels for energy that should be used in various scans, such as those used in 3D/4D ultrasounds. The organization has not given approval for using ultrasounds for a keepsake. It also cautions against exposing fetuses to unnecessary ultrasound waves.

The 3D ultrasounds should not be used as substitutes for the ones performed as a medical procedure by your physician. This is because they are not mandatory for prenatal care. If your local doctor’s office does not have a 3D/4D ultrasound, let them know you’re planning to get one. It’s important for your doctor to know so he can make informed decisions.

While ultrasounds are safe, there are concerns from the American Congress of Obstetricians and Gynecologists and the American Institute of Medicine. These bodies caution that increased exposure is not good for babies. Getting ultrasounds just for the sole reason of seeing the face of the baby is not a good idea, especially if the center is located in an office building or local mall where there are no skilled and experienced technicians.

One benefit of having a 3D/4D ultrasound is that the procedure immediately bonds the parents. Your baby no longer is an abstract idea once you are viewing the baby’s face, watching the baby move around, and seeing him or her suck their thumb. The moment is overwhelming and a good experience for the parents. Besides, mothers with a good bond with their unborn children have a higher likelihood of taking better care of themselves. Due to the procedure, they may stop drinking or smoking, initiate better nutrition and exercise habits, or reduce their stress level. 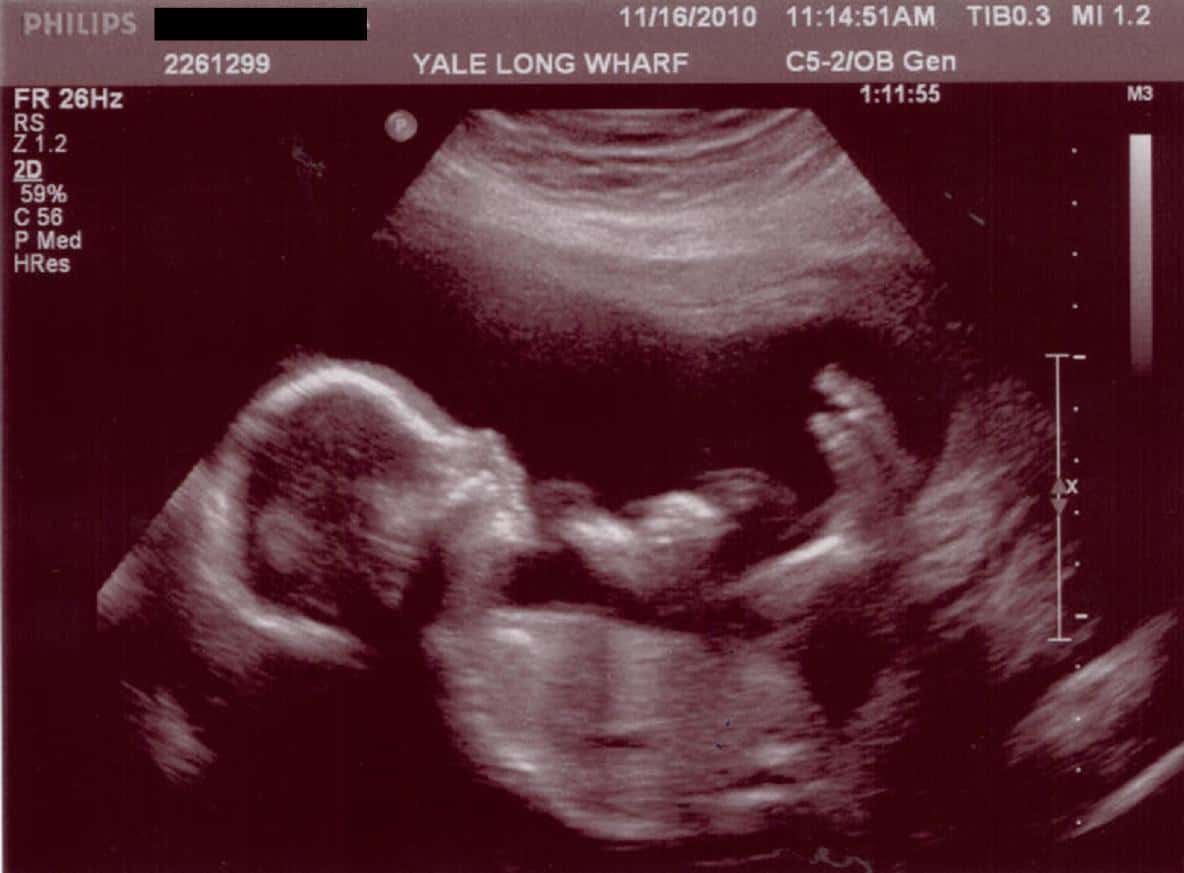 While 3D ultrasounds are mostly used for obstetrics when a woman is pregnant, they have wider applications. Essentially, 3D ultrasounds can be used in various applications including cardiology, surgical guidance, regional anesthesia, vascular imaging, and obstetrics. The technology is an advancement from the 2D ultrasound technology and includes the three dimensions and time, which allows the expert to get a real-time image of the internal body structures, including blood vessels, tissues, and organs.

This makes surgical operations, administering anesthesia, performing cardiology tests, and determining the growth progress of babies easier. Although ultrasounds are safe, there are concerns from the American Congress of Obstetricians and Gynecologists and the American Institute of Medicine. These bodies caution that increased exposure is not good for babies.

You should not get an ultrasound whenever you feel like having one. You should only have a few ultrasounds as necessary and as suggested by your doctor. We hope that this article has provided you with the information about how a 3D ultrasound is done, the risks involved, and the working mechanism so you make an informed decision on whether to use them.